We went out for some portable operating today, as the weather was nice. Our club has a topband net each Saturday at 2pm and I wanted to try an antenna for the upcoming 160m AFS Club Calls contest. Using Dave M0TAZ’s 18m spiderbeam fibreglass pole as a loaded quarter wave, with an inductor (340μH) towards the top of the antenna. It makes it all a bit critical having the inductor so high, but the big advantage is that the bottom 15.5 metres has a lot of current in it, leaving only the 2.5 metres above it at a high impedance, making a better radiator. Ground was provided by a chicken wire fence, which I have used many times before with good results.

Below is a short video showing the antenna first on 24MHz where Dave is working Bahrain where the vertical was set up close to a ⅝ wave, then afterwards, it’s fully extended with the loading coil 15.5 metres up, making it a loaded ¼ wave for 160m. The antenna was resonant at 1830kHz, a bit low, so the ATU was used. I calculated for 1900kHz, so I guess 70kHz off isn’t bad! It would be easy enough to fine tune it. Lovely day for it, a bit breezy towards the end though!

I was operating portable on 12m (21MHz) today. It’s a band which I have hardly ever used, so I cut a half wave length of wire and used my End Fed Half Wave Coupler to match it at the base of the fibreglass pole. Conditions seemed good and I was able to work Chicago, Massachusetts, California, New York and Texas in a short time. Below is a short video and photo of the setup. 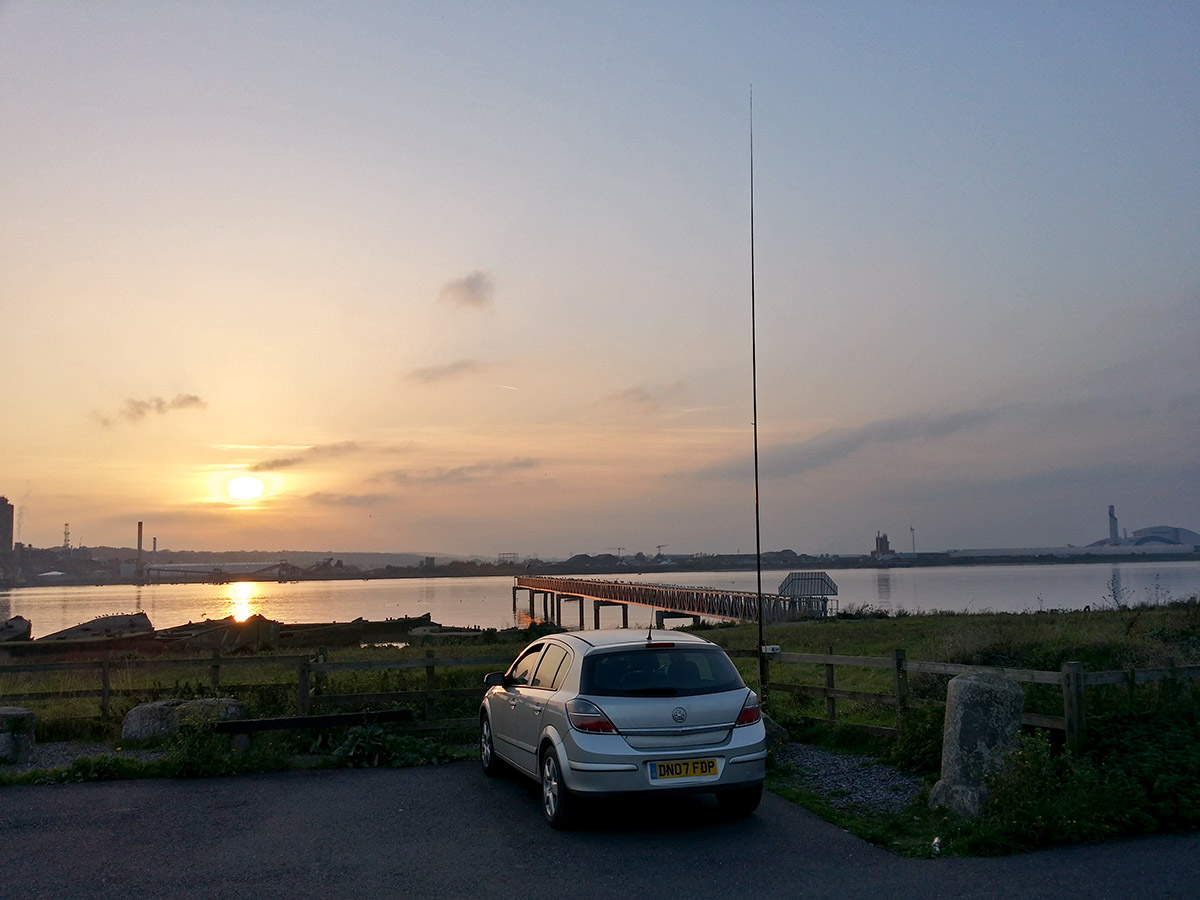 Operating on 12m beside the river Thames.