Today, I finally built a ½ λ dipole for 4m. I have previously been using a folded ½ λ dipole made out of 450Ω balanced feeder, suspended in the loft, which is not ideal. I still had the coax outside on the roof and the pole which were both used previously for my 2m/70cm co-linear, which has been relocated to the chimney, so once it was built, it was simple enough to put up. 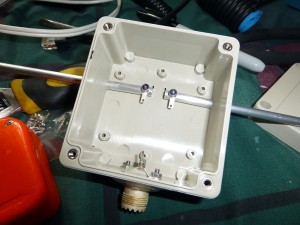 Inside the waterproof box

I was thinking about building an end fed half wave dipole, having previously built a ‘prototype’ which worked well. This requires a matching section at the base, but no boom arm is needed. I also thought about a slim jim / J-pole, but the total length would be 3 metres. So, I decided to go with a trusty ½ λ centre fed dipole. I built it using two 1 metre lengths of 6mm aluminium tube, and all terminations are inside a waterproof electrical box. Inside, I also placed a coax choke balun, which is built out of a 25mm piece of pipe, with 11 turns of RG58 coax wrapped around it. 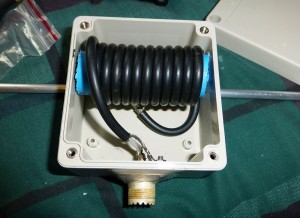 I thought I might have to trim a bit off the 1m elements, but once I put it on the mast, the analyser showed the lowest VSWR of 1:1 at exactly 70MHz, so I left them as they are! The only thing I forgot was to put self amalgamating tape around the PL-259 plug after putting all my tools away! All watertight now though 😉 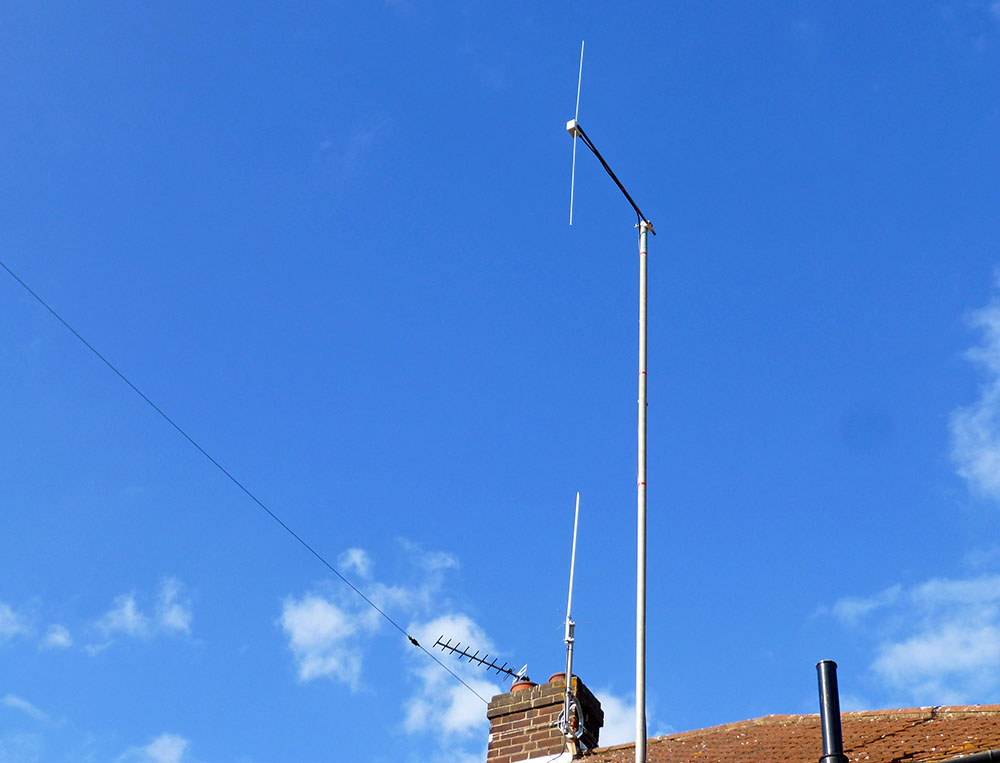